5 Benefits of Sulfur for Beauty and Skin Health 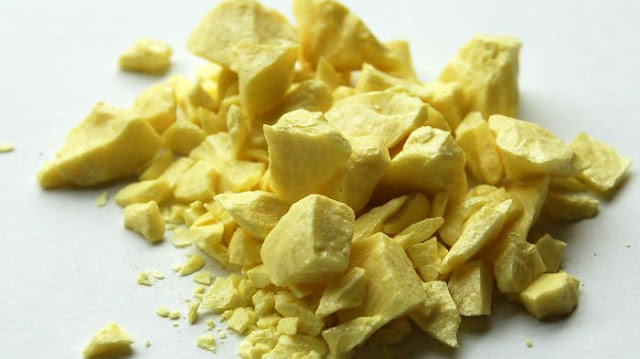 Sulfur or sulfur is a type of mineral that is usually found in the form of crystal rocks in the mountains. Not only is it known as a raw material for making steel, some products for leather also often contain sulfur. Actually, what are the benefits of sulfur for beauty and skin health?

The benefits of sulfur for the skin you need to know

Have you ever visited Ciater's thermal baths in West Java? Yes, this tourist spot is famous for its hot springs containing sulfur. Many people flock to come there and soak as a therapy to cure various skin diseases. However, is it true that sulfur has the potential to maintain healthy skin?

Yes, the use of sulfur is not only through hot water baths, but also for cosmetic products and medicines for skin diseases such as the following:

In addition, sulfur is also able to reduce the accumulation of excess oil which can clog pores. Sulfur is usually found in cosmetic products for mild acne.

Besides being used in anti-acne products, sulfur is also used as an ingredient for exfoliation. Sulfur is keratolytic, that is, it can peel away the outer layer of skin so that it is suitable for lifting dead skin cells.

A spokeswoman for the luxury skin care brand Gazelli added that sulfur is used in many face masks and can be used to help control dermatitis.

3. Prevents skin aging
To maintain skin elasticity, collagen needs to be fulfilled. Unfortunately, as you age, collagen production decreases and the skin becomes dry, sagging, and also begins to wrinkle. Especially if the skin continues to be exposed to pollution and also sunlight, the skin will age faster.

4. Overcoming dandruff
Besides being used as an exfoliating ingredient, sulfur can be used as a treatment for dandruff scalp. Sulfur helps crusty scalp to exfoliate faster and improves hair texture, suppleness, and sheen.

5. Used as a medicine for eczema and rosacea
Eczema and rosacea are skin diseases that cause redness, itching and irritation. Well, sulfur-based drugs are often prescribed instead of rosacea disease antibiotics. Anti-inflammatory sulfur on the skin can overcome the symptoms of rosacea.

Besides rosacea, sulfur is the most recommended drug for treating eczema. Sulfur that is therapeutic can reduce eczema symptoms such as dry skin, itchy spots, and inflammation.

Don't use sulfur carelessly
Although the benefits of sulfur are very abundant for beauty and skin health, sulfur use should not be careless. Everyone is also not necessarily compatible with this mineral. It's best to consult your doctor before using sulfur.

Sulfur can affect the acidity of the skin so that it can aggravate the irritation and disrupt the protective layer of the skin. Especially for people who have sensitive skin or dry skin.