How to Overcome and Prevent Skin Problems Due to Insulin Injections 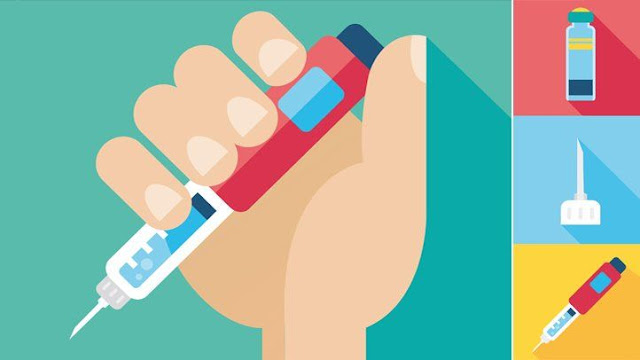 Lipohypertrophy, a skin problem that arises from insulin injections

There is one skin problem that may arise most often if you routinely inject insulin, which is hypertrophy.

This one skin problem is prone to appear when you always inject insulin in the same location. This condition occurs because there is a buildup of fatty tissue which is located just below the outermost layer of skin.

This condition can cause lumps that are a bit soft if insulin injections are carried out in areas of the skin that are easily soft. If so, there will be a problem of absorption of insulin into the body.

For example, if insulin takes longer to absorb, sugar levels in the body may increase. Meanwhile, if insulin is absorbed too quickly by the body, it could cause hypoglycemia or a decrease in blood sugar too low.

A common symptom of lipohypertrophy is the part of the skin where you usually inject the injection to stand out more than the surrounding area. This prominent skin diameter is usually quite large, about two and a half centimeters (2.5 cm).

Areas of the skin that protrude due to insulin injection also feels firmer than other skin areas. This might happen if you accidentally inject insulin into a blood vessel, causing bleeding and bruising or bluish skin in the area of ​​the injection site.

This skin problem will disappear soon if you stop or avoid injecting insulin in the area for up to 2-3 months. If you have to do insulin injections every day, do it in a different or different location or area to avoid the same problem in another area of ​​the skin.

In the manner previously mentioned, your chances of experiencing lipohypertrophy will decrease. However, for conditions that are classified as quite severe, you can also do liposuction or liposuction.

This procedure is done by removing fat that has accumulated under the outer layer of skin so that it is able to remove the "lump" of fat on the skin. This method should be chosen if insulin injections in different locations cannot overcome this skin problem.

Preventing skin problems due to insulin injection
Although after lipohypertrophy can be overcome, it would be better if you can prevent it. Try the following things when you are injecting insulin.
However, make sure that you inject it in the right location according to your needs. The reason is, different locations determine the speed of insulin absorption. For example, in general, your stomach area will absorb insulin faster than other skin areas.

After that, your arm also has a fairly good speed in absorbing insulin compared to the thighs and buttocks. If you are not sure where you should inject insulin, ask your doctor.