Recognize the Symptoms and How to Treat Sinusitis in Children 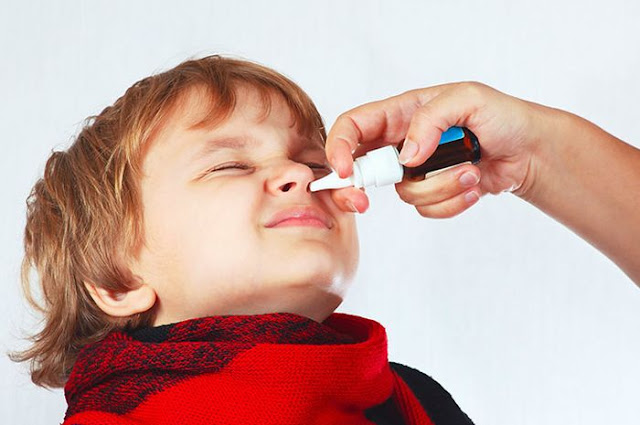 When your child has a cold that doesn't heal, you need to pay extra attention. Could be, what he experienced was not an ordinary cold, but sinusitis. So, how to distinguish sinusitis in children with common colds? The following explanation and how to treat it.

Difference in sinusitis and colds or flu
Sinus is a cavity between the facial bones around the nose. Inflammation in this part is called sinusitis.

As a parent you need to be sensitive and thorough to know the difference between sinusitis and colds, remembering that they sometimes have similar symptoms.

The following are guidelines that you can use to distinguish sinusitis or colds that occur in your child.

Common characteristics of colds
The following are symptoms of a cold that is not sinusitis.
Signs and symptoms of sinusitis
Sinusitis in children can be immediately seen when your child experiences the following symptoms:
In rare cases, a bacterial infection of the sinus can spread to the eye or the central nervous system (brain). Contact your doctor immediately if your child experiences symptoms:

You may have difficulty differentiating sinusitis in children and common colds, especially in the first few days. Pediatricians will find it easier to diagnose whether your child has sinusitis after an examination and hear the symptoms.

1. Short-term (acute sinusitis)
Acute sinusitis can resolve on its own. When it doesn't improve after a few days, your pediatrician will usually prescribe:

Antibiotics
Antibiotics are useful for killing the bacteria that cause sinusitis in children. When the symptoms of sinusitis don't improve after 3 to 5 days, your pediatrician might try other, stronger antibiotics.

Allergy Medication
Sinusitis in children is also sometimes caused by allergies. To deal with inflammation of the sinuses this one is usually the doctor will give antihistamines and other allergic drugs that can reduce swelling.

Drink water or juice every hour or two to thin the mucus to make it easier to get out
Saline wash (nasal wash) using a special fluid to keep the sinuses and nose moist. Ask the doctor or nurse for instructions

Compress the nose, cheeks and eyes of your child with a warm towel to help reduce pain
Colds usually do not take a long time and the symptoms are not as heavy as a child who has sinusitis. In addition to pediatricians, you can also go to the ENT doctor to have your child examined if sinusitis is affected.