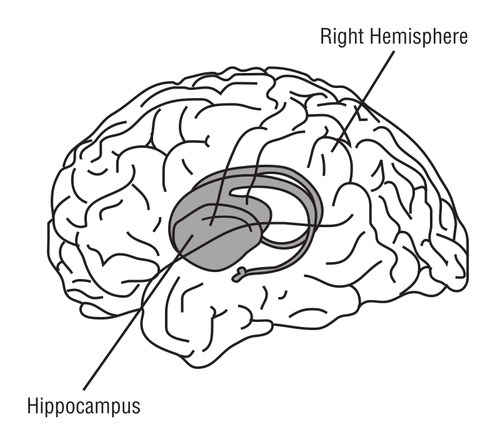 Babies cry as a way to communicate. Whether it's crying to tell you that he is hungry, thirsty, bedwetting, scared, and various other situations that make him uncomfortable.

Mothers are generally quicker to respond when the baby cries, than the father. Apparently, the speed of the mother's reaction to act to soothe the crying baby is influenced by brain activity that is different than at other times.

For outsiders who see it, the mother's quick response to soothing when the baby cries is considered a maternal instinct. However, a study in the Journal of Neuroendocrinology states that there are some parts of the mother's brain that work more actively when hearing her baby cry.

The area of ​​the brain that is activated in this study can be described as an area of ​​"readiness" or "planning", said Robert Froemke, a neuroscientist from New York University. Because, all parts of the brain are responsible for processing auditory stimulation, motor movement speed, understanding and speaking, and care.

The activity in these parts of the brain will determine how the mother's response when the baby cries. The response is to pick it up, hold it, rock it, and then talk to it. Marc Bornstein, Ph.D., head of the children's and family section at the National Institute of Child Health and Human Development stated, mothers only need about five seconds to act once they hear the baby crying.

This finding was concluded after observing the brain activity of 684 mothers from 11 countries when interacting with their crying babies. Other studies have also been carried out using MRI scans on 43 new mothers in the United States and 44 mothers in China who are more experienced in caring for babies. The results are the same: mothers have a similar response when they hear their babies cry.

Besides dopamine, the hormone oxytocin plays a major role in regulating the mother's response in response to the crying of her baby. Froemke stated that this hormone plays an important role in establishing the mother's inner bond with the baby after conducting experiments on mice.

One of the strong reasons underlying this is because of the involvement of the hormone oxytocin in both processes.

The reason is, when the baby is brought close to the breast for breastfeeding, the body triggers oxytocin to flood the brain. Oxytocin has a role in increasing bonding, empathy, and other happiness that helps her to develop a close relationship with her baby.

Because crying is the only means of communication of the baby, the mother's brain is designed in such a way as to understand and react specifically to respond to the crying baby.