When is the Right Time to Clean Tartar? 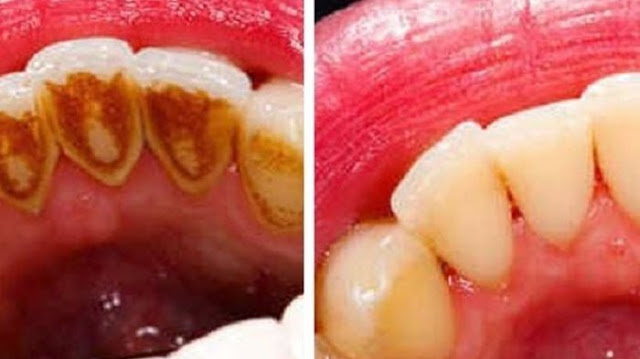 Dental health should not be considered trivial. Various disorders or diseases can easily occur in our mouths. Cleaning tartar is one of the problems in teeth that is not easily solved.

But if you feel you are diligently brushing your teeth, why do plaque and tartar still appear? Because cleaning tartar will not disappear if only by brushing teeth. Need a treatment by a dental expert or doctor to clean tartar.

What is tartar?
Bacteria in the mouth process food scraps on the teeth, then become a sticky layer that is abundant in our teeth, called plaque. When these plaques accumulate and are not cleaned routinely and thoroughly, plaque will harden to become tartar.

Tartar is usually formed at the bottom and upper border of the gum line. Tartar is generally black and very difficult to remove.

When we have to clean tartar
To find out the right time to clean tartar, you certainly consult with a dentist. Because as previously discussed, tartar can not be cleaned just by brushing teeth, mouthwash or flossing.

The usual method recommended by doctors is scaling. In general, you will be advised to carry out this procedure every six months.

But the schedule for scaling or tartar removal also depends on the condition of each individual. Some medical conditions that require more frequent scaling are:
If not immediately clean tartar, there will be irritation and swelling of the gums that lead to gum disease. In the early stages, gum disease is still not difficult to cure and is known as gingivitis. Symptoms of gingivitis itself include:


When you have not cleaned tartar, gingivitis is getting worse and will be difficult to cure. This chronic stage is called periodontitis. The symptoms experienced are the same as when they were in the early stages. Plus, you will also experience other symptoms, namely:


Bacteria from periodontitis can enter the bloodstream in the body which then increases the threat or risk of heart and lung disease. This is the reason why oral health and teeth are very important and should not be taken lightly.

Brushing your teeth at least twice a day regularly every day can avoid the occurrence of a series of diseases that have been described above. If you feel that you have tartar and there are a lot of plaque on your teeth, take immediate cleaning action by going to the dentist.