The story of people affected by Corona Virus, Recovering by Taking Care at Home 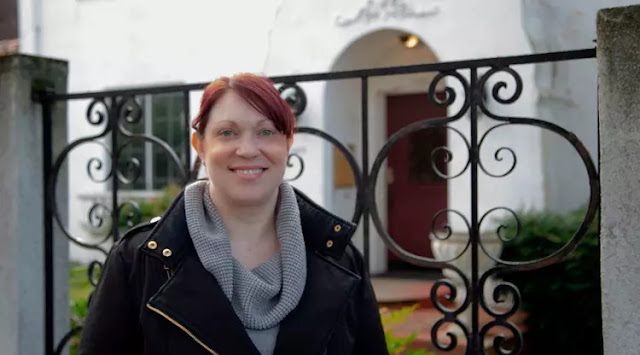 In the midst of increasingly widespread corona virus cases in various countries, there are stories of people who managed to recover from the global pandemic. Elizabeth Schneider is one of them. This 37-year-old woman has relatively mild experience with the corona virus. She treats herself at her home in Seattle, Washington, United States.

Schneider, who has a doctorate in bioengineering, as reported by AFP said, her story was shared to give a little hope to people who were hit by panic. The story is more general than people might think.

Because the US health authorities say, 80 percent of cases that occur there are mild cases. The remaining cases that require hospitalization are mainly experienced by residents over the age of 60 years and people with other health problems, such as diabetes, heart disease, or lung disease.

Schneider revealed how she first began experiencing flu-like symptoms on 25 February. These symptoms appear three days after she attended a party.

Later, at least five other people at the site were identified as having the corona virus. "When I wake up I feel tired. but, that is no more than what I usually feel when I have to get up and go to work, and I was very busy on the previous weekend," she said. She felt headaches during the day, along with fever and body aches.

This condition forced her to leave her office in the biotechnology company and go home. She then took a nap and woke up with a temperature of 39 degrees Celsius that night. "At that time, I began to shiver uncontrollably and felt cold and severe tingling. That was quite alarming," Schneider said.

She then took over-the-counter cold medicine and called a friend in case she was needed to be taken to the hospital.

However, her fever subsided in the following days. Schneider had not previously thought contracting the corona virus, because she did not experience symptoms such as coughing or shortness of breath.

She had a flu shot, but thought her illness was caused by a different strain. When visiting a doctor, she was ordered to go home, rest and drink lots of fluids.

people went to the doctor and tested negative for flu, but were not offered a corona virus test. Because, they do not show general symptoms such as coughing and breathing difficulties.

Schneider then enrolled in a research program called Seattle Flu Study in hopes of overcoming her illness. She was sent a swab kit by the researchers, which he then sent back.

a few days, precisely on March 7, Schneider got bad news. She tested positive for Covid-19. Strangely, Schneider actually felt relieved. "I was a little surprised, because I thought it was rather cool," she said.

She felt this incident was interesting from a scientific perspective. Because the symptoms had subsided by the time she was diagnosed.

Local health authority then asked her to stay at home for at least seven days after the onset of symptoms, or up to 72 hours after the symptoms stopped.

Schneider's story about her condition is actually not unique. For example, the Post page reported on Wednesday, emergency doctor Dr. Yale Tung Chen from Madrid, Spain, even uploaded a glowing Tweet about corona virus infection. Chirp that contains his experience after being infected, while treating patients in the hospital where he worked. He is currently quarantined at home. Meanwhile, Schneider who has felt better for the past week has begun to roam outside.

He still avoided large gatherings and chose to work from home. "If you think you have this virus, you might indeed get it," Schneider said. "But if your symptoms are not life-threatening, just stay at home, take medication with over-the-counter medicines, drink lots of water, get plenty of rest, and see how it develops." Even so, Schneider still reminded the importance of considering high-risk individuals and staying at home if they feel sick.